Recently, the Ministry of Industry and Information Technology and the China Federation of Industrial Economics jointly released the list of sixth batch of single-champion enterprises (products) in the manufacturing industry.

Selected as one of the third batch of single-champion products in the manufacturing industry, Unilumin LED display successfully passed the review on the single-champion products in the manufacturing industry by the Ministry of Industry and Information Technology and won the champion among the industry by virtue of its all-round leading advantages in technical strength, innovation ability, and market share.

Single-Champion in Manufacturing Industry, High Recognition Among the Industry

There are winners and losers in sports competitions, and the same is true in corporate competitions. For companies, the significance of a “single-champion in the manufacturing industry” is no less than that of the Olympic Games. It means the authoritative recognition of champion enterprises in different professional fields at the national level.

“Single-champions in the manufacturing industry” are mainly for those who have been focusing on certain specific market segments in the manufacturing industry for a long time, owned internationally-leading production technologies or processes, and have a market share of single product among the top three in the world. They are selected on a fairly narrow set of criteria, including not only the efficiency and product quality, but also research and development capabilities, number of patents, and intellectual property rights which are regarded as the key to the selection. 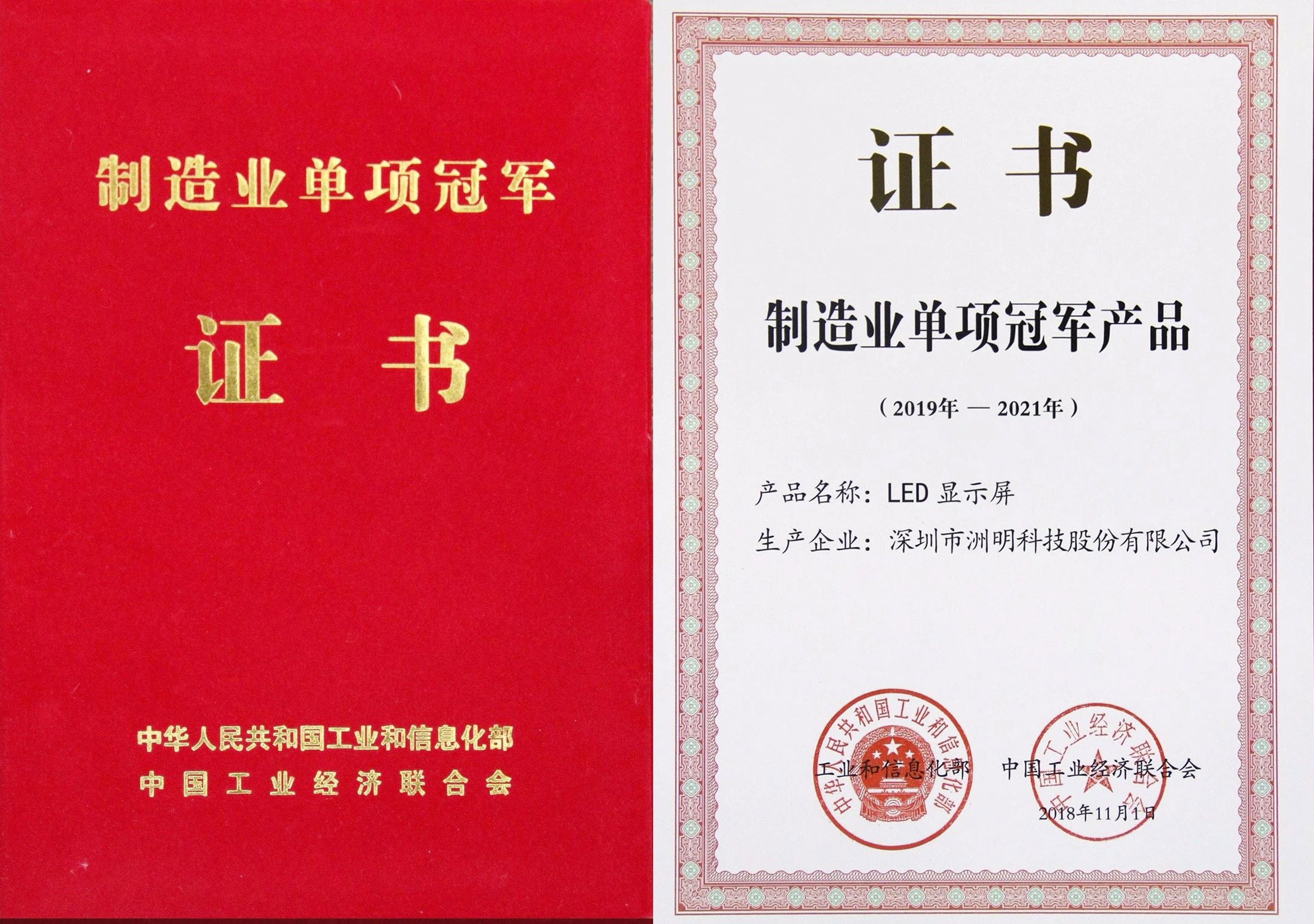 ▲In 2018, LED display by Unilumin was awarded the title of “Single-Champion Product” by the Ministry of Industry and Information Technology

The profound connotation behind the selection of single-champion products in the manufacturing industry is that economy in China has entered a new stage of high-quality development.

Recently, Liu He, a member of China’s Political Bureau of the Central Committee, Vice Premier of the State Council, and Director of the Office of the Central Finance and Economics Leading Group, wrote an article in the People’s Daily with the title of “High-quality Development Must be Achieved”. In the article, it is particularly pointed out that a large number of private enterprises should develop towards “professionalization, refinement, specialization and innovation”. Correspondingly, the selection of professional, refined, specialized and innovative “little giants” and “single-champions” by the Ministry of Industry and Information Technology has also been accelerating.

It is not difficult to judge from the quantity and level of the selection that the “single-champion” is for the upper level of the corporate, which is an all-round recognition of the company’s strength. It highlights the important leading role of the “single champions” in achieving the strategic goal of developing into a manufacturing power and high-quality development.

As the proverb says, a long journey can be covered only by taking one step at a time, and the one will rise abruptly based on the accumulated strength. As a leading company in the LED industry, Unilumin has been working hard for 17 years, focusing on technology and design. It keeps acting as a leader in the technological trend and industrialization process of Mini LED display, fine pitch LED, xR virtual scene, and naked-eye 3D. As of June 30, 2021, it has 1,898 core intellectual property rights.

With the all-round innovation as a driving force, Unilumin LED Display has been rated as “single-champion in manufacturing industry” unsurprisingly.

In addition to winning the title of single-champion product in the industry twice, many meaningful honors include achieving the largest export of LED displays for six consecutive years, winning first prize of National Award for Progress Science and Technology, being named a National Demonstration Enterprise with an Advantage in IPRs, a National Green Factory, being the first display corporate to pass the Hollywood DCI certification and possessing the world’s leading xR virtual scene technology, are all the most convincing proofs of Unilumin’s innovative development.